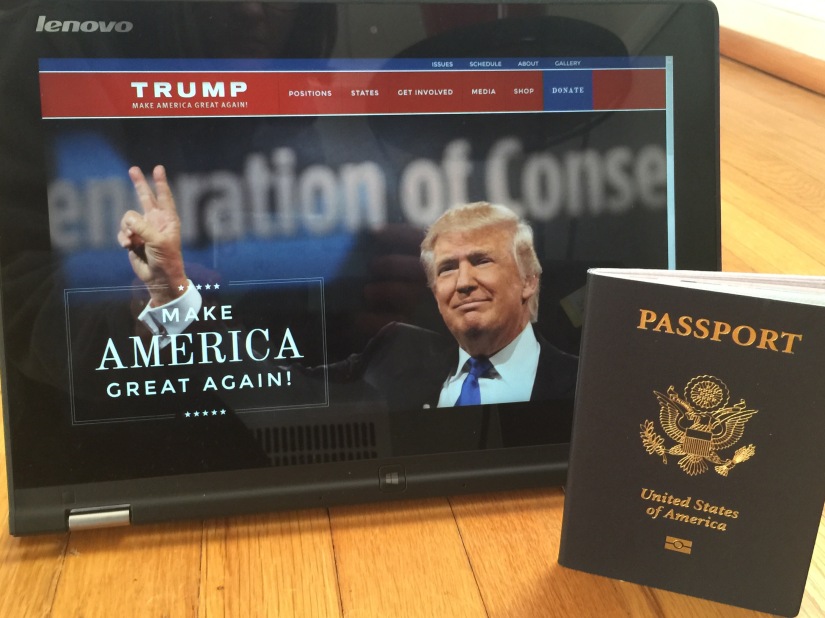 At a recent European Union meeting, high level representatives from member nations advanced a proposal that would require US tourists secure a visa to travel to EU nations. If approved, the measure could take effect as early as 2017.

Citing increasing political polarization and instability in the US, leaders discussed concerns over a spike in the number of Americans looking to relocate permanently to Europe. A visa program would allow authorities to better monitor the departures as well as the arrivals of visitors.

While no one would say it specifically, many leaders made off-the-record reference to the increasing possibility of Donald J. Trump winning the US presidential election in November.

“Couple the volatile presidential campaign with the rancor in the US senate and upheaval around the Supreme Court, and you can see why Americans are feeling uncertain about their future,” says Peter Blumbach, an advisor to Angela Merkel

“We understand their concerns and frustrations, but we are not equipped to offer them asylum.”

“We are in the midst of a humanitarian crisis,” explained a French official who asked not to be named. “While we are doing our best to help settle Syrian refugees, we cannot accommodate an influx of Americans. Our priority is to help those with the most acute needs.”

Google statistics show a surge in American searches for “move to Canada” over the past 4 months. But the number of searches for European countries is increasing rapidly. Among the most popular “move to” searches are Germany, France, Italy, and Switzerland.

American consulates and embassies in these and other European nations reported an unusually high number of inquiries about residency requirements in the days immediately following the Super Tuesday US presidential primary.

While European leaders acknowledge their concerns about a Trump presidency are many, their biggest concern is the possible influx of Americans, and their long term cultural, religious, and economic impact on local communities.

In countries currently most affected by immigration, public sentiment is strong. Activists in Greece have taken to social media, tweeting their growing concerns using hashtags like #NoTrumpMigration and #AprilFools!